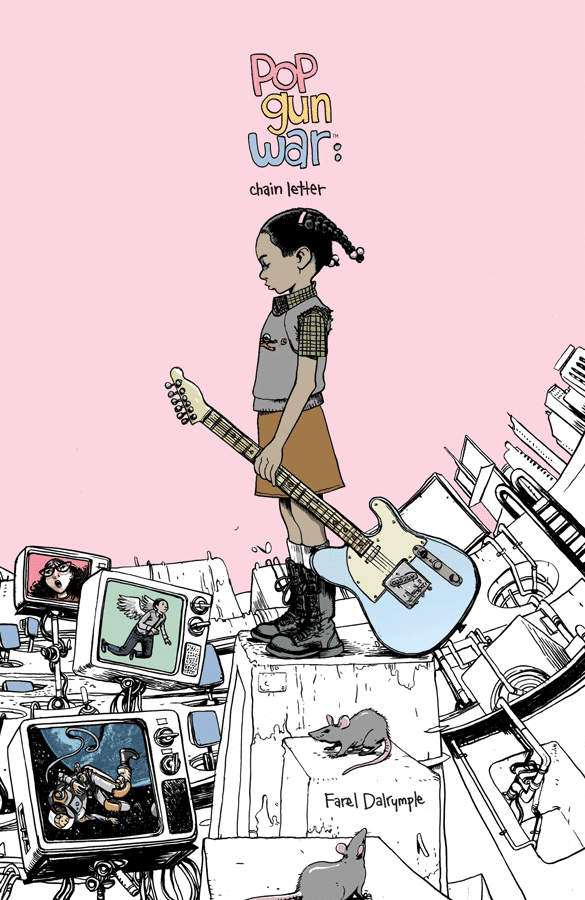 Cartoonist Farel Dalrymple appears at the Push/Pull on Thursday, August 17th at 6:00 PM for an exhibition opening of original from his latest comic POP GUN WAR: CHAIN LETTER.

Farel Dalrymple is a cartoonist. His book, The Wrenchies, from First Second Books is an original 304-page watercolor comic book/graphic novel. Farel’s Eisner nominated webcomic, IT WILL ALL HURT is completed and out in three comics book issues from Studygroup comics. Delusional, (Adhouse, 2013) is a collection of personal work, comic short stories, illustrations, and sketches. Farel was also the artist on Omega the Unknown (Marvel Comics 2010), with writer Jonathan Lethem. His creator owned comic book, Pop Gun War was a Xeric Grant recipient and won a gold medal from The Society of Illustrators. Farel is a co-founder of the comic anthology, Meathaus and has worked on a several Illustration and cartooning projects.