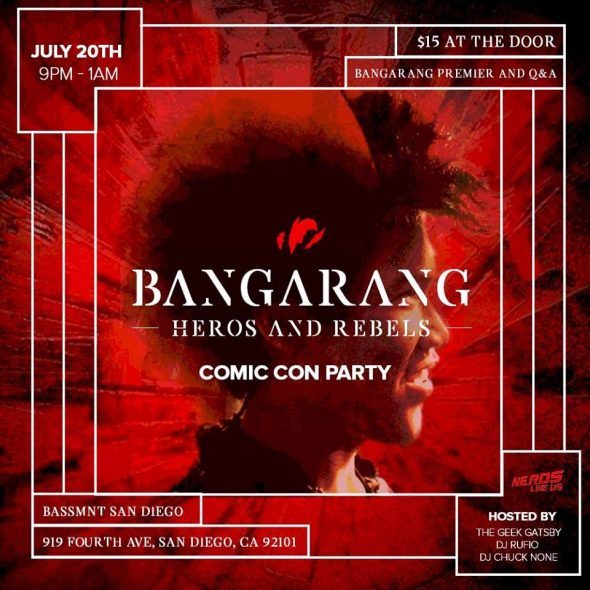 Join actor Dante Basco (Rufio in HOOK, Prince Zuko in AVATAR: The Last Airbender) as he throws down some sick beats at the best COMIC CON after-party on Thursday July 20th from 9:00 PM – 1:00 AM! There will also be a debut of his short film BANGARANG (Rufio origins), for 12min at the beginning of the night. The evening will be hosted by The Geek Gatsby and feature a performance by The Library Bards and DJ Chuck None on the decks as well!

This is the most accessible party at San Diego Comic Con, FOR NERD AND BY NERDS! We have the entire club, no general public! You’re all invited and bring a friend! COSPLAY IS TOTALLY ENCOURAGED (though not required). Bring some friends and have a great time at one of the Gaslamp district’s hottest nightclubs!