Follow the continuing adventure of Peter Grant, and the special branch of the Met who deal with magic and the supernatural!

Peter Grant has come a long way since first entering that particular special branch of London’s Metropolitan Police. With his hard-earned powers and a flair for the supernatural, it’s his job to investigate those shadowy crimes that involve urban vampires and weird folk in the Underground! 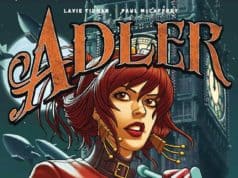