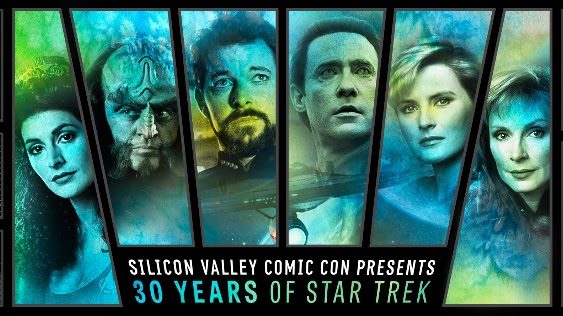 There will be TWO ticket levels available: Captain’s Chair and Bridge Pass. You WILL NOT need to have a SVCC pass to have access to this event. If you’ve already purchased a VIP pass to SVCC – you will receive special benefits for this event.

CAPTAIN’S CHAIR $40
VIP experience: premium seating will be roped off for VIPs, so reserve a seat and skip the line! Receive early access to the room an hour in advance to scout out and reserve seats outside the VIP area if desired. Dedicated VIP line for easy access to the room.

For further information please go to the website: www.svcomiccon.com