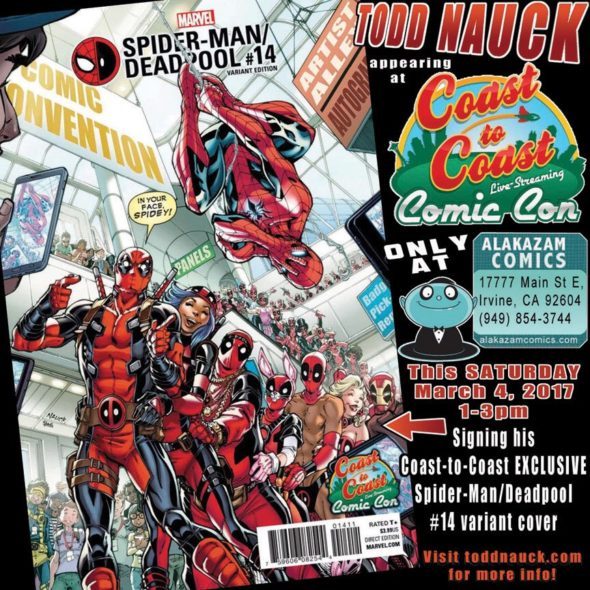 Artist Todd Nauck signs at Alakazam Comics and Games on Saturday, March 4th at 1:00 PM to promote his most recent variant release – Spider-Man/Deadpool #14 c2c Nauck Variant. This rare variant will only be available at 300 stores nationwide on March 4th – during the Coast to Coast Comic-Con Event.

Todd will sign up to 2 Coast to Coast Variants for free; anything above 2 autographs will be charged $5 per signature.

Coast to Coast Comic-Con is being held on March 4th, 2017 simultaenously at 300 different comic book stores. Interviews with comic professionals will be streamed live in each of the stores. Special commerative/variant comics will be available for sale.