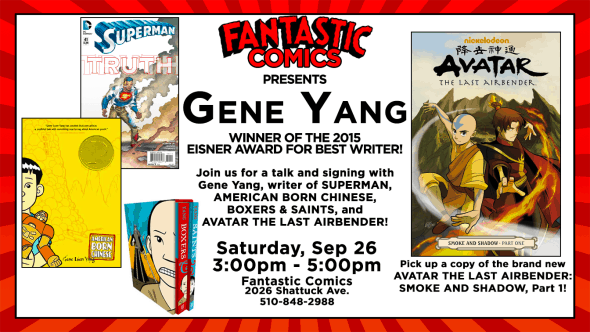 Gene Luen Yang appears at Fantastic Comics to celebrate the release of the first volume of SMOKE AND SHADOW, the next installment in the AVATAR THE LAST AIRBENDER comic book series on Saturday, September 26, 2015 at 3:00 pm!

Gene Yang is the award winning creator of American Born Chinese, Boxers & Saints, The Shadow Hero, Level Up, and writer of Avatar: The Last Airbender series and Superman for DC Comics.

The event will begin with a talk from Gene about comics, followed by a signing.