“We’re thrilled to have more guests at this year’s show than we’ve ever had before,” said Martha Donato, Long Beach Comic Con Executive Director and Co-Founder. “We recognize that attending conventions is a major commitment for comic book creators and we want to honor and celebrate some of the people who’ve joined us for six years running, as well as the writers and artists who are traveling across the country to attend our convention for the first time.”

As in past years, attendees will be treated to a wide array of programming. Highlights include:
* Panels devoted to fan favorite comic book characters including Batman, the Crow and Hellboy.
* Comic Book Publisher Spotlights moderated by BLOODY DISGUSTING, COMICVINE, IGN, THE NERDIST and others.
* Hero Complex moderated panels of pop culture, running the gamut from Robot Chicken to Young Justice to Women in Comics.
* A Young Adult panel featuring best-selling novelists Leigh Bardugo, Robin Benway, Cecil Castellucci, Melissa de la Cruz, Michael Johnston, and Margaret Stohl
* A Banned Books Week discussion led by the Newport Beach Branch Library
* Cosplay panels.
* Horror programming with guests like Dan Brereton (NOCTURNALS) and Mike Huddleston (THE STRAIN).
* Kids programming with KaBOOM! and creators like Eric Esquivel (BRAVEST WARRIORS), Travis Hanson (TANNER JONES AND THE QUEST FOR THE MONKEY STONE), Mike Kunkel (HEROBEAR) and Hannah Nance Partlow (ADVENTURE TIME). There will also be interactive panels where Tone Rodriguez will teach kids how to draw the Simpsons and Futurama characters and Peter Paul will teach “how to draw your dragon.”
* Animation panels dedicated to popular cartoons like GARGOYLES, SPECTACULAR SPIDER MAN, YOUNG JUSTICE, X-MEN and DISNEY AFTERNOON, and appearances by Greg Weisman and the Man of Action Studio.
* Screen Junkies Presents: Honest Trailers The Panel
* #MakeComics workshops where aspiring writers and artists can learn from comic book greats including Jon Bogdanove (POWER PACK), Tim Bradstreet (HELLBLAZER), Brian Buccellato (DETECTIVE COMICS), Joshua Fialkov (THE BUNKER) and Whilce Portacio (THE PUNISHER). Over two days, workshops will walk through the entire #makecomics process: from writing and drawing to running a Kickstarter and even publicizing the comic.

“Our programming has been a huge growth area for us this year,” said Phil Lawrence, Co-founder and Sales Director of Long Beach Comic Con. “We’re running more than 80 high quality panels over two days. There’s something for every fan, whether you want to hear about the latest from Image Comics or need tips for designing and building your first cosplay.”

Growth also extends to the show’s official sponsors. The CW’s The Flash, GenZe by Mahindra, the Laugh Factory, SGX Print, and the SUN NEWS have already signed on as official sponsors, and additional announcements are expected to follow in the coming weeks.

“Our ticket sales are significantly up from last year at this same time,” said Donato. “If you’re thinking about attending this year’s show, I recommend buying your tickets in advance before we sell out and arriving both days before the show opens.” 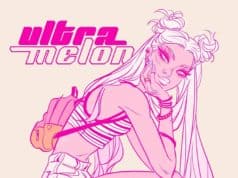 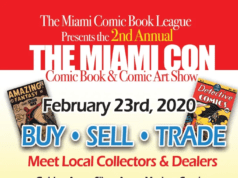 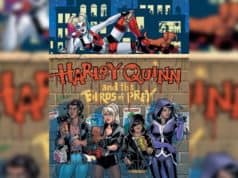 FL – Harley Quinn and the Birds of Prey Signing

Michael Pate - April 10, 2020
0
Press Release: In an adventure that will take them well beyond what they've known before, Queen Poppy (Anna Kendrick) and Branch (Justin Timberlake) discover that...