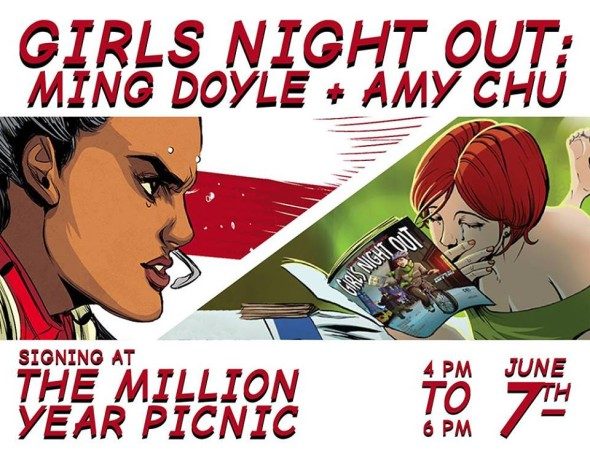 MYP will have some of their books on hand, but if you’ve got previously purchased books, bring them in!Both Amy & Ming have stories in Shattered: The Asian American Comics Anthology AND Secret Identities: The Asian American Superhero Anthology edited by Jeff YangAmy Chu’s publications:
– “So Blue” in the CMYK Anthology Vertigo/DC Comics
– Girls Night Out and Other Stories anthology
– Girls Night Out: Tales of New York anthology
– The VIP Room with Anderson Cabral
– A Visit to the Museum of Chinese in America with Louie Chin
– Scam Fairy Tales with C.P. Wilson III