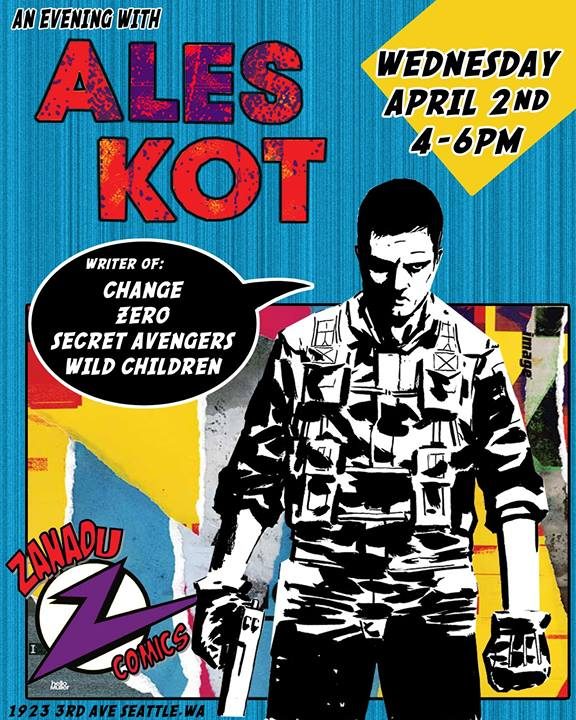 Ales Kot, one of the most unique voices in comics today, will stop by Zanadu Comics on Wednesday April 2nd from 4:00 till 6:00 pm after ECCC to meet and greet with his Seattle fans and sign some comics!! We have plenty of copies of his new book, ZERO as well as his epic psychedelic miniseries CHANGE and some of the Secret Avengers books he’s been doing the last few months with Nick Spencer. Stop in and get caught up on the work of a true rising star in the world of comics!!