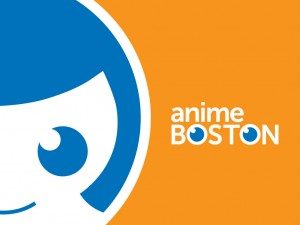 Matthew Mercer is a Los Angeles-based actor/voice actor known primarily for his roles in animation and video games. His extensive training in theater, improv, and life-long hardcore gaming helped prepare him for such projects and characters as Leon Kennedy in Resident Evil 6 and Resident Evil: Damnation, Kiritsugu Emiya in Fate/Zero, Gundahar in KNACK, Anarky in Batman: Arkham Origins, Alvin in Tales of Xillia, Sinbad in Magi, Kuroh Yatogami in K, Rexxar in Hearthstone: Heroes of Warcraft, Iron Man/Tony Stark in Iron Man: Rise of Technovore, Walter in Shin Megami Tensei IV, Rihan Nura in Nura: Rise of the Yokai Clan, Tygra in Cartoon Network’s Thundercats, Chrom in Fire Emblem: Awakening, Reapmon/Beelzemon in Digimon Fusion, and many other projects you are welcome to look-up online.

A native Texan and avid anime fan, Josh Grelle has been working in voice work for almost 10 years now. After starting with ADV Films in January 2004, Josh was quickly bombarded with tons of in-booth experience on a wide range of shows, including: Wedding Peach, Steam Detectives, 009-1, and the legendary Gatchaman. He began working for FUNimation entertainment in 2006. Since then, he has starred in numerous titles; his most famous being Kenichi in Kenichi: The Mightiest Disciple. Other roles include Kyohei in the Wallflower, Kouichi in Linebarrles of Iron, Yuki in Future Diary, Itsuki in Initial D, and Kuranosuke in Princess Jellyfish. More recent roles include Chow from Starship Troopers: Invasion, Nicky in Mass Effect: Paragon Lost, Kazuya Aoi in Freezing, Yuji Sakai in Shakugan no Shana, Akihisa Yoshii in Baka and Test, and Komatsu in Toriko.

Greg Ayres has spent the last eleven years working in an industry he had admired for years as a fan. With over 200 credits to his name, this fan-boy has managed to get to play a variety of characters that are almost as colorful as his hair. He was thrilled to be a part of the Toonami re-launch last summer, in the roles of Ganta Igarashi in Deadman Wonderland, and Heihachi Hayashida in Samurai 7, and even more thrill to follow that up the following summer’s thriller Another as Kouichi Sakakibara. His most recent roles include Satoru Asahina in From the New World, Kenji Nakanishi in Say I Love You, Sion in No. 6, Heisuke Toudou in Hakuoki, Tommyrod in Toriko, Arikawa in This Boy Can Fight Aliens, Tomoki Sakurai, in Heaven’s Lost Property, and Volken, in the Book of Bantorra. Some of his all-time favorite roles include Son Goku in Saiyuki, Chrono in Chrono Crusade, Kaoru Hitachiin in Ouran High School Host Club, Youhei Sunohara in Clannad, Yuki in The Wallflower, Leo in Ghost Stories, Satoshi Hiwatari in DNAngel, Kaworu Nagisa in the Director’s Cut of Neon Genesis Evangelion, and Negi Springfield in Negima. He can also be heard as Uesugi Kenshin in Sengoku Basara, Seikechi Tayama in Oh Edo Rocket, Hiro Hirono in ef: A Tale of Memories, Abe in Big Windup, Jr. in Xenosaga: The Animation, Tsujido in Speed Grapher, Roan in Ragnorok The Animation, Yamazaki in Welcome to the NHK, Gau Ban in Shadow Skill, Pope Alessandro XVIII in Trinity Blood, and a bunch of other titles he’ll probably forget to mention.