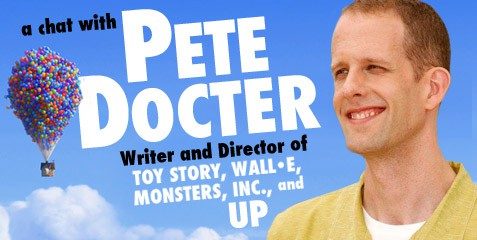 Pete Docter, Academy Award–winning director of Up and Monsters, Inc., and Disney historian Don Peri co-host this talk about the role of the animation director on Saturday March 1st from 3:00 – 4:30 pm at the Walt Disney Family Museum. Learn about the host of talented  artists who  worked as Disney directors on productions ranging from early silent shorts to the feature films of today and how their role evolved during Walt’s lifetime and beyond. Key directors from Disney’s storied past are highlighted.