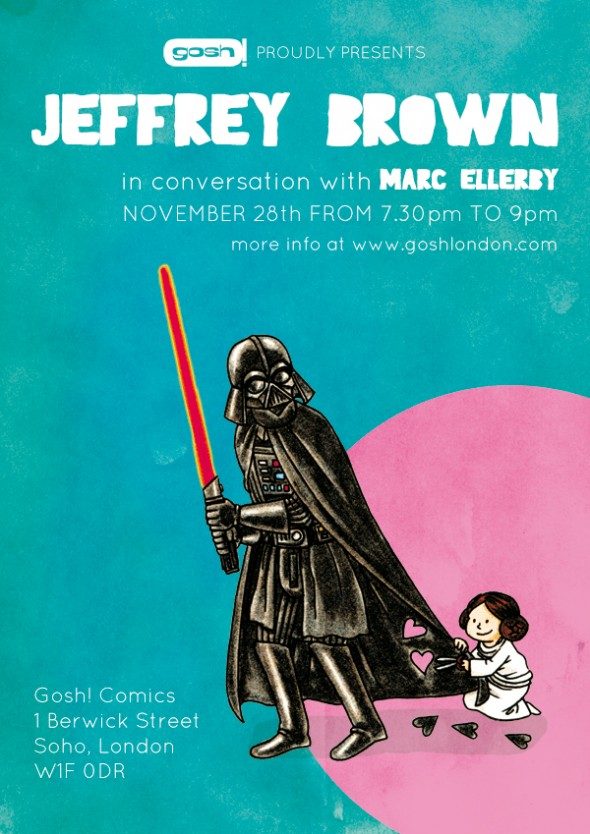 Cartoonist Jeffrey Brown appears in conversation with Marc Ellerby at Gosh! Comics! The talk will be held on Thursday November the 28th from 7:30pm until 9:00pm. There is limited seat capacity (ca. 60-70), so it would be advisable to get there early – it’s first come, first served! He will be signing stock before the event, so if you want something signed shoot Gosh! an email at info@goshlondon.com for reserves.