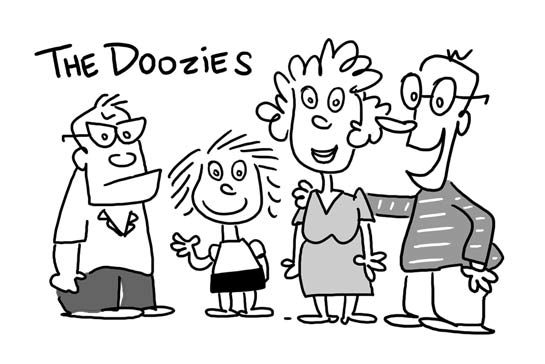 Meet cartoonist and The Simpsons writer Tom Gammill on Saturday September 14, 2013 from 1-3pm! Gammill is an Emmy award winning writer whose credits also include Seinfeld, Late Night with David Letterman, and Monk. As a kid Gammill dreamed of one day being the next Charles Schulz, but his lack of talent and intelligence led him to the world of TV. Gammill will discuss how his love of cartooning has helped him as a TV writer, using examples from Seinfeld, The Simpsons, and several flop shows he worked on that never made it on the air. Gammill’s comic strip, The Doozies, appears in several weekly newspapers and online at GoComics.com.