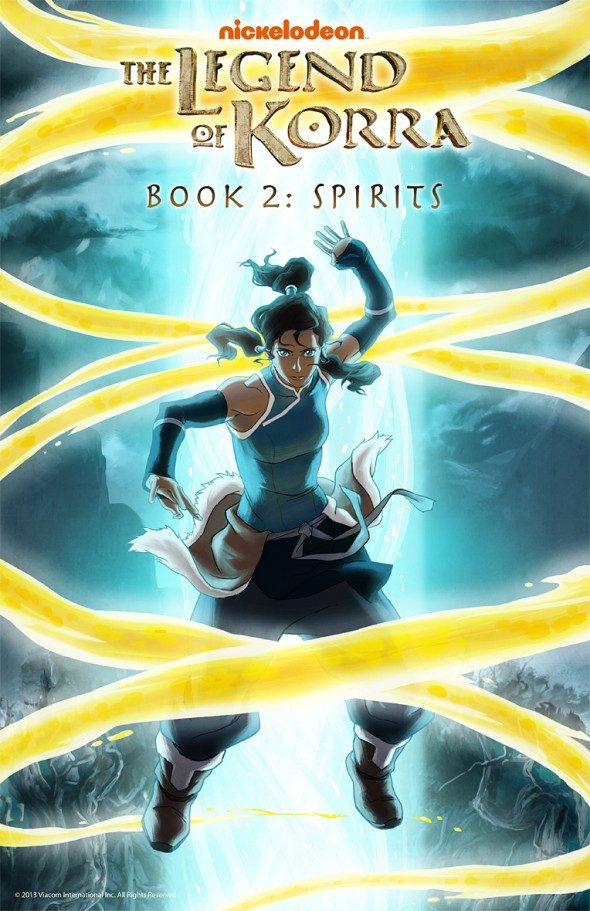 Nickelodeon’s The Legend of Korra, sequel to the popular animated series Avatar: The Last Airbender, hits Comic Con International in San Diego once again this year to promote the forthcoming second season as well the newly-released soundtrack and comic books from Dark Horse! Fansite Avatar Spirit.net has consolidated all the official events into one handy list:

THE LEGEND OF KORRA PANEL
Friday, July 19th
11.15am – 12.15pm (PT)
Ballroom 20
Executive producer and creator team Bryan Konietzko and Michael DiMartino (Avatar: The Last Airbender) and co-executive producer Joaquim Dos Santos (Avatar: The Last Airbender) discuss what’s in store for the highly anticipated Book 2: Spirits. The mind-bending panel will be full of never-before-seen artwork and the ultimate of sneak peeks. You’ll also get to hear from your favorite characters, as talented voice actors Janet Varney (voice of Korra), David Faustino (voice of Mako), and P. J. Byrne (voice of Bolin) share their experiences working on the series. Moderated by Bryan Konietzko.

**BREAKING NEWS** The entire first episode of Legend of Korra Book 2: Spirits will screen during the panel!

THE LEGEND OF KORRA SIGNING SESSION
Friday, July 19th
12.45pm to 2.15pm (PT)
Nickelodeon booth (Booth #4113)
Panelists from The Legend of Korra panel will be present to sign autographs. You will also receive this this cool poster! (see above)

AVATAR LEGACY FAN PANEL
Saturday, July 20th
11am – 12pm (PT)
Room 29A
For over 6 years, the organizers of this fan panel have been bringing together both fans and professionals. Moderated by Avatar_Mom, this year’s panel will include Fan Artist Alisa Christopher, Martial Arts Coordinator Sifu Kisu, Illustration Team Gurihiru, Writer Gene Luen Yang, Voice Actor Dante Basco and maybe a few surprise guests. There will be a cosplay contest to showcase the fandom’s talented “fabric benders”. In addition to the cosplay contest, there is also a haiku contest and you can read the details over here.

DARK HORSE SIGNING SESSION *ticketed event*
Saturday, July 20th
1pm – 2pm (PT)
Dark Horse booth (Booth #2615)
Michael Dante DiMartino, Bryan Konietzko, Joaquim Dos Santos, Ki-Hyun Ryu, Gene Luen Yang, Chifuyu Sasaki and Naoko Kawano from Gurihiru Studio will be present for this signing. Please take note that this is an ticketed event. Tickets are available the day before and on the day of the signing at the Dark Horse booth. Please take note that Dark Horse discourages lining up early for the signing. As long as you have the ticket, just show up on time for the scheduled signing and you will have those awesome coveted signatures.

**UPDATE** NICK Booth Fans can pick up tickets for The Legend of Korra Signing and the TMNT Signing starting at 10am on Thursday, July 18 and Friday, July 19.There will be 125 tickets available each day per signing There will be a total of 250 tickets available for each signing Tickets are given on a first come, first serve basis Fans have to line up for tickets for each signing separately The Tickets are only for the KORRA Signing that is on the day of the panel, they are not doing a ticketing system for the Korra Soundtrack signing on Saturday.