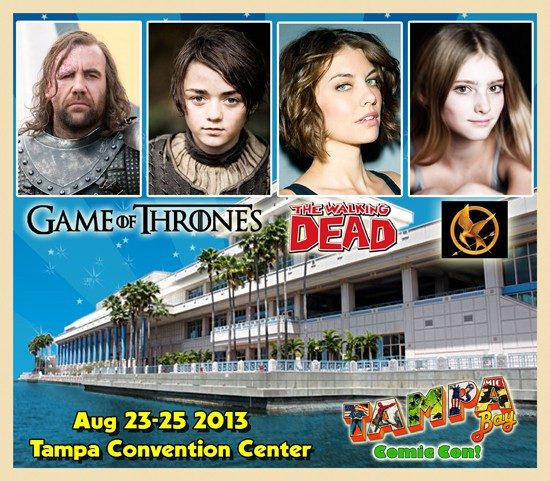 The Tampa Bay Comic Con has announced its guest list and it includes primary cast members from Game of Thrones, The Walking Dead and Hunger Games.

In addition, the following comic artist professionals will be in attendance:

All three convention days will feature full schedules of programming such as cosplay, contests and panels.

Here comes the first round of comic creators at MegaCon Orlando!