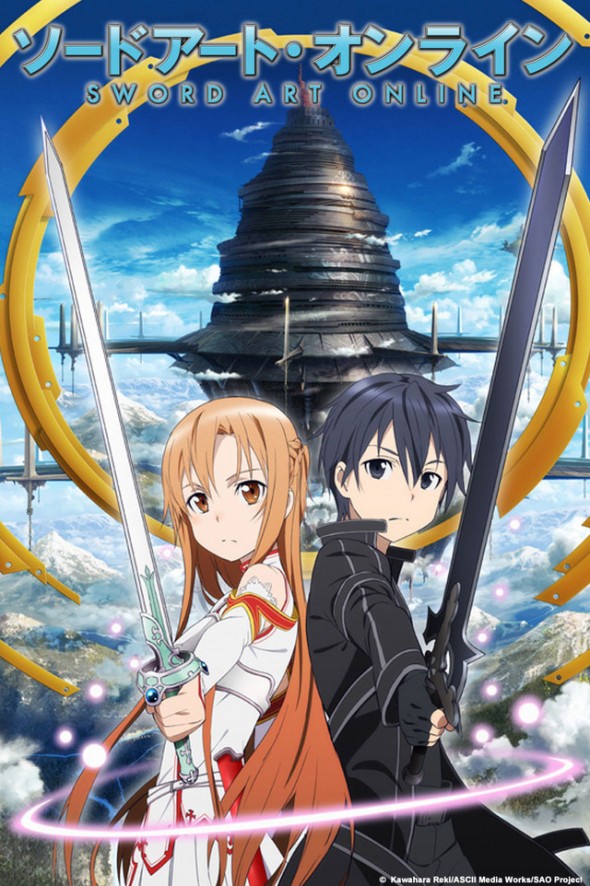 Anime Boston, the largest anime convention in the Northeast, announced another round of guests today.  Director Tomohiko Ito, producer Shinichiro Kashiwada and voice actors Cherami Leigh and Bryce Papenbrook will attend Anime Boston at the Hynes Convention Center, Boston, Mass. on May 24 through May 26, 2013.

Tomohiko Ito works at A-1 Pictures and is most recognized as the director of the hit series Sword Art Online. He made his directorial debut with the animated series Occult Academy.

Ito’s long list of credits includes Death Note, The Girl Who Leapt Through Time, and Summer Wars to name a few.

This will be Ito’s first time appearing at an Anime Convention here in the U.S. Mr. Ito is looking forward to share his thoughts on Sword Art Online and more, here at Anime Boston.

As Aniplex’s producer, Shinichiro Kashiwada is involved as a chief producer for the hit animated series Sword Art Online.

He has also been involved with numerous titles including Puella Magi Madoka Magica TV series and Oreimo Series as an associate producer.

Cherami Leigh is an on camera and voice actor from Dallas.

In the anime world, she is the female lead Asuna in Sword Art Online.  She has appeared as Road in D. Grayman, Sae in Peach Girl, Yuti La in Heroic Age, Elizabeth in Black Butler, Patty in Soul Eater, Ayano in Kaze no Stigma, Natsumi in Sgt. Frog, Naomi in Witchblade, Yoshika in Strike Witches, Elicia Hughes in Fullmetal Alchemist: Brotherhood,  Setsuna and Akira in Negima, Mai in Ghost Hunt, Tamaki in Bamboo Blade, Himawari in XXXholic, Cecily in Sacred Blacksmith,  Liechtenstein in Hetalia, Lucy in Fairy Tail, Takeshita in B Gata H Kei, Kneesocks in Panty and Stocking with Garterbelt, Sunako in Shiki, Suzuha in Steins;Gate, Shana in Shakugan no Shana, Gaige in Borderlands 2.

She has been in over 75 commercials, and was a live national on-air DJ for Radio Disney. She has appeared in many films and television shows, including the soon to be released Beyond the Farthest Star and in the hit webseries Throwing Stones. She was also in the Emmy-award winning Temple Grandin, and has appeared on various network television shows.

Bryce Papenbrook has been a professional voice over artist since the age of eight. He has also been announced as Kirito, the male lead of Sword Art Online.

Papenbrook was introduced to the voice acting scene by his father, Bob Papenbrook, and has continued the trade in his footsteps. Bryce has performed in numerous video games, cartoons, and television shows.

Some recent roles include Rin Okumura in Blue Exorcist, Asbel Lhant in Tales of Graces F, Zidane Tribal in Final Fantasy Dissidia 012, Masaomi Kida in Durarara!!, and Guan Ping in Dynasty Warriors. Past leading roles include Shugo in .hack//Sign Legend of the Twilight, Jack in MAR, Jack Russell in Radiata Stories, Hanabusa Aido in Vampire Knight, and Isami Fujiwara in Noein.

About Anime Boston: With more than 22,000 attendees in 2012, Anime Boston is an annual three-day Japanese animation convention held in Boston, Mass. Anime Boston 2013 is scheduled for Friday, May 22 through Sunday, May 24 at the Hynes Convention Center and Sheraton Boston Hotel. More information about Anime Boston can be found at http://www.animeboston.com.