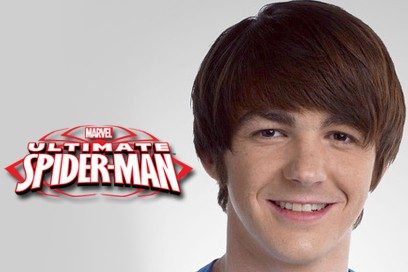 February 28th, 2013 – The Tampa Bay Comic Con has confirmed actor and musician Drake Bell for the April 6-7, 2013 convention. Drake Bell is the voice of Spider-Man in the current Ultimate Spider-Man cartoon, as well as the star of the Superhero Movie and Nickelodeon’s Drake & Josh.

As previously announced, Lauren Cohan, a starring actress from AMC’s, The Walking Dead, CW’s Supernatural and The Vampire Diaries will also be in attendance!

The Tampa Bay Comic Con has also released its limited edition print featuring Thanos and the Infinity Gauntlet, created by guest artist Joe Jusko. The edition will be limited to 100 numbered prints. Each print is 11” x 17” and is available for $30.

The Tampa Bay Comic Con will feature over 100 exhibitor/vendor tables where convention attendees can browse through a large selection of inventory including: comic books, cards, toys, t-shirts, magazines, artwork, Star Wars merchandise, jewelry and much more. All attendees are also welcome to attend all convention panels (which will include Lauren Cohan and Drake Bell’s panel) as well as participate in the “Costume Contest” and the “Artist Throwdown”.

The Tampa Bay Comic Con will be held on Saturday and Sunday, April 6-7, 2013 at the Doubletree Hotel in Tampa, FL from 10:00 AM to 6:00 PM on Saturday and 10:00 AM to 4:00 PM on Sunday. Convention admission is $10.00 for adults and FREE for children (12 and under). Parking is FREE. Reserve hotel rooms at the Doubletree Hotel through the Tampa Bay Comic Con’s online “Travel/Hotel” section for special discounted room rates. The address is: