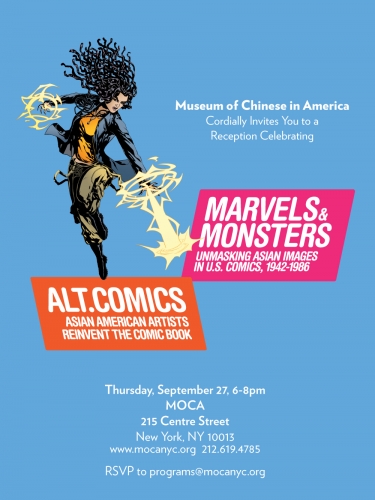 The Museum of Chinese in America is pleased to announce the launch of two new exhibitions exploring the relationship between Asian Americans and comic books – Marvels and Monsters: Unmasking Asian Images in U.S. Comics, 1942-1986 and Alt.Comics: Asian American Artists Reinvent the Comic Book, on view from September 27, 2012 through February 24, 2013. The opening reception will be on Thursday September 27, 2012 from 6:00 – 8:00pm.

Recently donated to the NYU Fales Library & Special Collection, Marvels and Monsters is drawn from what is widely considered the world’s largest archive of comic books featuring images of Asian and Americans, painstakingly collected over four turbulent decades (1940s to 1980s) by science fiction author and cultural studies scholar William F. Wu. The compilation offers a unique glimpse into America’s evolving racial and cultural sensibilities, as depicted by wartime images of racist propaganda and xenophobic anxiety over Chinese immigration to lasting archetypes which continue to define America’s perception of Asians today.

According to curator Jeff Yang, “All of the key elements that have shaped who we are as a people have occurred during this time: Pearl Harbor, Japanese internment camps, the Korean War, the Vietnam War, ethnic enclaves, the Asian American rights movement, and the economic rise of Japan and China. What Wu has done is to collect images shaped by political forces to tell a narrative of how America views Asians.”

Marvels and Monsters is a selection of the most indelible images from Wu’s collection, placed within a historical context and juxtaposed with insights from contemporary Asian American writers and artists Ken Chen, Larry Hama, David Henry Hwang, Vijay Prashad, and Gene Luen Yang. The exhibition also incorporates elements meant to encourage direct engagement with the archetypes, such as life-size cutouts allowing visitors to put themselves “inside the image” and an installation called “Shades of Yellow” which matches the shades used for Asian skin tones in the comics with their garish Pantone TM color equivalents.

Alt.Comics extends the conversation of Marvels & Monsters into the present, showcasing the efforts of Asian American artists to establish a new and authentic identity by subverting stereotypes and juxtaposing disparate images. The exhibition focuses on alternative and independent comic spaces, particularly in the hubs of San Francisco and New York, which produced many of the most prominent artists in the independent scene. The exhibition features work by: Larry Hama, Alex Joon Kim, Derek Kirk Kim, Jerry Ma, Christine Norrie, Thien Pham, Lark Pien, Jason Shiga, GB Tran, and Gene Luen Yang.

Nominated five times for the Hugo, Nebula, and World Fantasy Awards, William F. Wu has published over a dozen novels, including the best-selling 1996 STAR WARS: Tales from Jabba’s Palace and Avon’s young adult SF series Isaac Asimov’s Robots in Time. His most acclaimed book, Hong on the Range, was chosen for the Wilson Library Bulletin’s list of science fiction “Books Too Good To Miss,” a selection for the American Library Association list of Best Books for Young People, the New York Public Library’s Recommended Books for the Teen Age, and was also a Young Adult Editor’s Choice by Booklist. A prolific short story writer, Wu’s works have appeared in a wide variety of magazines and anthologies; his short story “Wong’s Lost and Found Emporium” was a multiple award nominee that was adapted into an episode of the television series The Twilight Zone. He has a Ph.D. in American Culture from the University of Michigan, where he wrote his doctoral dissertation, published in book form as The Yellow Peril: Chinese Americans in American Fiction, 1850-1940 (Archon Books, 1982).

Jeff Yang began reading and collecting comics at the age of eight, and hasn’t allowed distractions like adulthood, marriage and fatherhood to deter him since. He has written the column “Asian Pop” for the San Francisco Chronicle for the past six years, and penned a series of acclaimed and bestselling books — Eastern Standard Time; I Am Jackie Chan: My Life in Action (the action icon’s official autobiography); Once Upon a Time in China; and, most recently, the seminal graphic novel collection Secret Identities: The Asian American Superhero Anthology. He began his career as founding editor and publisher of the pioneering Asian American periodical A. Magazine and as a cultural critic for New York’s alternative weekly the Village Voice. He can frequently be heard as a contributor on NPR’s Tell Me More, PRI’s The Takeaway, and other public radio programs. He, his wife Heather and his sons Hudson and Skyler live in Brooklyn, New York. He writes a column for the Wall Street Journal online called Tao Jones.

About Museum of Chinese in America (MOCA)

MOCA’s mission is to celebrate the living history of the Chinese experience in America, to inspire our diverse communities to contribute to America’s evolving cultural narrative and civil society, and to empower and bridge our communities across generations, ethnicities and geography through our dynamic stories.

MOCA is a nonprofit educational and cultural institution that presents the living history, heritage, culture and diverse experiences of Chinese Americans through exhibitions, educational services and public programs. It began in 1980 as the community-based New York Chinatown History Project founded by community and student activists led by historian John Kuo Wei Tchen and Charles Lai. It has since grown to encompass the stories and journeys of the many communities of Chinese America, both in the New York Metro area and across the U.S., including new immigrants and established multi-generation families.

Since late 2009, when MOCA moved into its new space, designed by Maya Lin and located at the crossroads of Soho and Chinatown, its exhibitions, programs and audiences have grown in size and scope. This was made possible by a unique public/private partnership between collaborative government efforts to rebuild Lower Manhattan in the aftermath of 9/11 and MOCA’s growing community of donors led by its Board of Trustees. Currently, MOCA’s family consists of its many visitors, members, scholars, artists, activists, and families with young children as well as a growing base of young professionals, business leaders and entrepreneurs. For more info and upcoming events, please visit www.mocanyc.org. 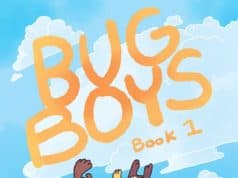 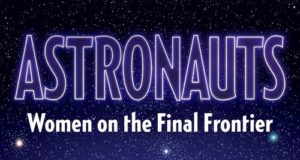