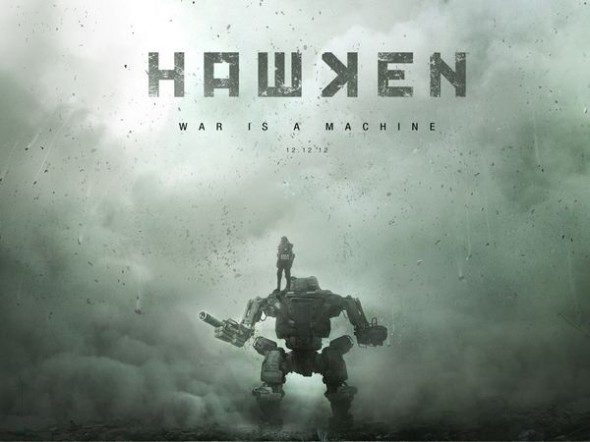 Los Angeles, CA (September 14, 2012) – Stan Lee’s Comikaze Expo will be the place to be as Archaia Entertainment and Meteor Entertainment announced their plans to exhibit there during the weekend of Sept. 15-16, 2012 at the LA Convention Center in Los Angeles! The companies will have plenty of free goodies to give away; Archaia graphic novels available for sale; a multi-player, playable demo of Meteor’s upcoming HAWKEN FPS mech game; and autograph signings with some very cool talent!

On the Meteor Entertainment side of the booth, get your hands on Adhesive Games’ first title HAWKEN. This first-person mech shooter has created quite a buzz as one of the most anticipated free-to-play titles coming to PC this December 12th 2012. This is also the last place to register to play the game before Alpha 2 testing begins. Adhesive Co-founder and Creative Director, Khang Le, and Lead Concept Artist, John Park, will be on hand to sign the 3rd in a 4-poster series at the booth as well. Be sure to stop by and pilot a mech this weekend!

“We are happy to return for Comikaze’s second year and look forward to engaging with Archaia fans and introducing ourselves to new ones!” said Mel Caylo, Archaia Marketing Manager. “Plus, we are partnering with our friends at Meteor, who are sure to awe conventiongoers with a playable demo of their upcoming, highly anticipated video game, HAWKEN. Archaia is producing a companion graphic novel to the game, which makes this team-up serendipitous!”

“Meteor is very excited to get HAWKEN before the fans at Comikaze. This is a wonderful opportunity to engage with a broad audience,” said Shannon Gerritzen, PR Manager at Meteor Entertainment, publisher of HAWKEN. Gerritzen went on to say, “We are honored to be partnered with Archaia not only for Comikaze but also for the release of the HAWKEN original graphic novel, coming in 2013.”

For more information about Stan Lee’s Comikaze Expo, including information on how to buy tickets, visit comikazeexpo.com.

About Archaia Entertainment, LLC
Archaia is a multi-award-winning graphic novel publisher with more than 75 renowned publishing brands, including such domestic and international hits as Mouse Guard, Return of the Dapper Men, Bolivar, Rust, Gunnerkrigg Court, Old City Blues, Awakening, The Killer, Tumor, Syndrome, Artesia, and an entire line of The Jim Henson Company graphic novels. Archaia has built an unparalleled reputation for producing meaningful content that perpetually transforms minds, building one of the industry’s most visually stunning and eclectic slates of graphic novels. Archaia was named Graphic Novel Publisher of the Year by Ain’t it Cool News, Comic Related, and Graphic Policy, which honored the publisher two years in a row. Archaia was honored with nine 2011 Eisner Awards nominations and two Awards for Best Graphic Album and Best Anthology. So far in 2012, Archaia has been further honored with six Harvey Award nominations, two Harvey Awards, six Eisner nominations and three Eisner Awards, and both Gold and Silver awards from ForeWord Reviews. In addition to publications, Archaia has successfully emerged as a prolific storyteller in all facets of the entertainment industry, extending their popular brands into film, television, gaming, and branded digital media. For more information, visit the Archaia website at www.archaia.com.

About Meteor Entertainment
Based in Seattle, WA, Meteor Entertainment is a newly formed videogame publisher focused on successfully publishing F2P games globally, with an emphasis on compelling content and setting the standard for customer service and community engagement. Meteor’s 12/12/12 launch of HAWKEN, created by Adhesive Games, will be its first tent pole title. To learn more about Meteor Entertainment visit www.meteor-ent.com and be sure to check out www.playhawken.com.