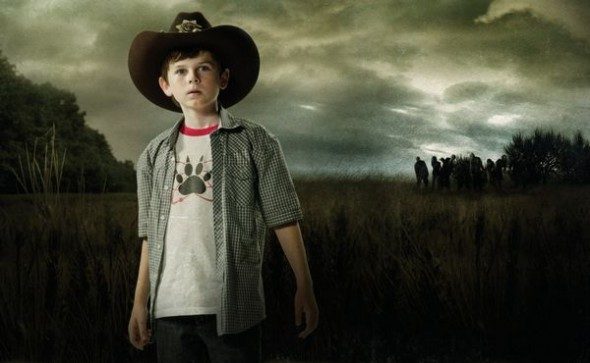 The Tampa Bay Comic Con is proud to announce that Chandler Riggs, who portrays “Carl Grimes” in AMC’s hit TV show, “The Walking Dead” will be at the convention to meet and greet fans! Season 3 of “The Walking Dead” premieres the week before the Tampa Bay Comic Con–episode 2 of season 3 will premiere the same weekend as the October 20-21 convention.

With a large selection of vendors selling comic books, action figures, cards, games, manga and Star Wars items there will be something for everyone. Demand for exhibitor tables that an entire auxiliary room will be used for additional exhibitor space. A great line-up of local writers and artists will be exhibiting their works, selling original artwork and accepting commissions. In addition, an art contest and costume contest will be held for any attendee to participate in and have the chance to win convention cash! Whether you are a collector, aspiring artist, or just want to enjoy the sights that are included in a convention filled with a hodgepodge of costumed heroes (and villains) walking around—chances are that the Tampa Bay Comic Con will make for a fun-filled day with family and friends!

Be sure to arrive early to pick-up a FREE Tampa Bay Comic Con exclusive poster featuring the Dark Knight ready to fight for survival against an oncoming horde of zombies! The poster was created by Ben Templesmith (who will be a guest at the Tampa Bay Comic Con).

The Tampa Bay Comic Con will feature the following industry professionals that attendees are invited to meet, greet, and commission artwork from at the convention:

The Tamp Bay Comic Con will be on October 20th-21st, 2012 at the Doubletree Hotel. Admission is $10 for adults and admission is FREE for children (12 and under). Parking isFREE.