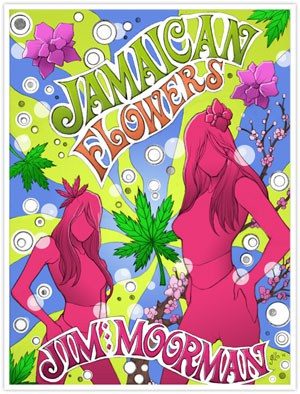 The contest begins on July 6, 2012 and run 90 days, ending at midnight on Halloween (October 31st.) Through banner advertising on sites like deviantart.com and through word of mouth, comic artists will be directed to a contest page on Comic Art Fans,  where the competition rules will be published. Artists wishing to enter for a chance to win will be required to submit three sample pages of their choosing from an action sequence in the novel.

Submissions will reside on Comic Art Fans and CAF subscribers will be able to view the entries as they arrive. Guidelines’ for submitting artwork can be found at at the link. Beginning on October 15th, voting will be opened for CAF subscribers to vote for their favorite submission. The winner will be announced in a November edition of CAF’s weekly newsletter.

Jim said, “I’m thrilled to be able to offer an opportunity like this to an artist who’s been waiting for his (or her) big break. Artists aren’t always writers, so by offering the opportunity to create a graphic novel based on a story that’s already been written will open the door for a lot of artists to compete. I hope CAF receives a lot of great entries from which to choose.”

Sonny Flowers is pure, charming genius when it comes to biochemistry and genetics – specifically, marijuana and its potential to make the world a more joyful place, but he still has a lot to learn about fatherhood, guilt, women, happiness and himself, and very little time to learn it in. Sonny has already lost one daughter and will lose the other unless he can win her back – and do it before he literally loses his mind. With the Feds about to shut down his Stateside marijuana farm and laboratory, Sonny finds himself in Jamaica working for a self-proclaimed Rastafarian Deity whose wife has overdosed on the very hybrid plant Sonny and his daughter, Summer, are struggling to perfect as a cure for what has become a world epidemic: Bipolar Disorder. A crooked general, determined to make a splash in the world, has other ideas for the hybrid’s properties. Faced with sharks (the salty kind), a plane crash, a tongueless henchman, the haunting memories of those he’s loved and lost (and why it was probably his fault), not to mention his own blooming psychosis, Sonny finds help wherever the universe is willing to provide it: Dehlia Storm, a nineteen-year-old voodoo priestess, and her two-timing boyfriend, are for some reason willing to help Sonny save the two women he loves. Time running out, Sonny not only has to decide which characters in this crazy story he’s living he can trust, but also what is real and what decidedly is not.

Cleveland, OH native, Jim Moorman has shocked friends, family, and acquaintances by actually stringing together a few coherent sentences. Those sentences, paragraphs, and pages work to form Jamaican Flowers, Jim’s debut novel. Jamaican Flowers is a testament to Jim’s love of all things tropical and light-hearted. A former member of the U.S. Navy, he served as part of the Presidential Ceremonial Guard in Washington D.C. and spent two years abroad in South Korea. After returning to the states, he pursued a career in sales and marketing in the technology sector, writing and scribbling in the evenings and weekends. He holds no fancy degrees and remains obstinately determined to master the craft of writing novels, even in spite of suffering from ADHD. His sarcasm knows no bounds and he maintains that he writes to inspire and entertain his willing readers. In his spare time, Jim enjoys whistling, laughing, and just taking it easy. Look for his next release, Rumba Republic, to launch at the end of 2012 (if we’re still here after December 21st).

With more than a half million original piececs of comic art already posted by collectors, Comic Art Fans (CAF) is the largest comic art collecting website online today. Started in 2003, CAF has more than 80,000 registered users and is visited by a half million unique visitors each month.