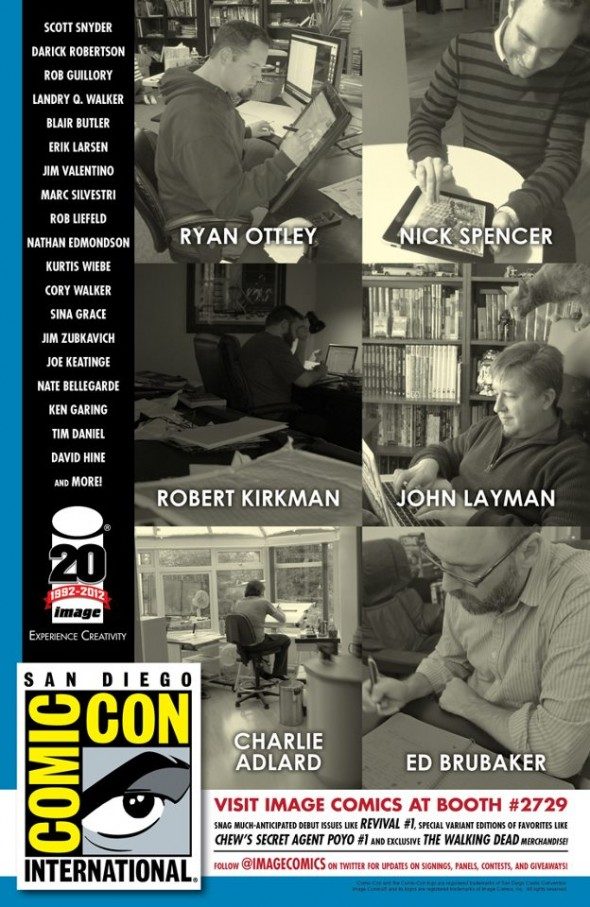 Via their Facebook page, Image has provided an early look at the creators set to appear at their booth (#2729) during Comic-Con International 2012 in San Diego.

As you can see above, featured guests would appear to include: