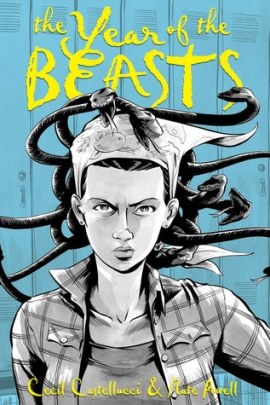 Former indie rock girl Cecil Seaskull – AKA Cecil Castellucci – has many accomplishments under her studded belt. The pigtailed pixie studied theatre in Paris, received her B.F.A. in Film Production from Concordia University, started a music career with the band Bite, formed her second band Nerdy Girl, and co-founded Alpha 60 Film Collective — all the while working on her writing career. Cecil is the author of nine successful young adult books and comics, including her latest, Year of The Beasts. Written in the unique style of alternating prose and comics, Year of the Beasts isn’t just for teens! Adults and comic book lovers alike will also enjoy it.