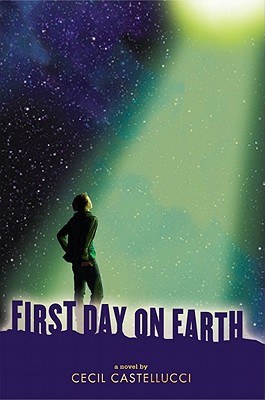 Mal lives on the fringes of high school. Angry. Misunderstood. Quiet, but with a lot of words underneath. Seven years ago, Mal disappeared for three days. Everyone tells him it was a breakdown, a seizure, something medical. He thinks it was something different. An alien abduction. But there’s no way for him to know for sure. Then, at an abductee support group, he meets Hooper, who has some otherworldly secrets of his own. And suddenly the truth is closer than Mal ever imagined it could be.

Cecil Castellucci grew up in New York City and is the author of the young adult novels Rose Sees Red, Boy Proof, The Queen of Cool, and Beige, the children’s picture book Grandma’s Gloves, and the comic books The Plain Janes and Janes in Love. Currently, Cecil Castellucci lives in Los Angeles. You can learn more about her at www.misscecil.com and via her blog, castellucci.livejournal.com.

CA – Queen of the Ring Signing