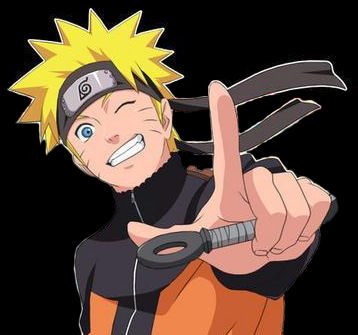 Viz Media announced last week at Comic-Con International that they are bringing voice actress Junko Takeuchi to the New York Comic Con and Anime Festival! Takeuchi is best-known for her work as the voice of Naruto Uzumaki — lead character in the Naruto franchise — as well as roles including Gon Freecss in Hunter x Hunter, Mamoru Endo in Inazuma Eleven, Metabee in Medabots, and Gomamon in Digimon. At the New York Anime Festival, Takeuchi will speak at a Q&A session and dedicate time to autographing, both public signings for general attendees and reserved autographing for NYAF VIPs. Her appearance will culminate in the introduction to the US premiere of the feature film Naruto Shippuden The Movie: Bonds.

For more information follow the Medium at Large blog.

Junko Takeuchi, a prolific voice actress (or seiyuu), originally hails from Saitama, Japan and has earned a large following internationally for her portrayal of Naruto Uzumaki — lead character in the Narutofranchise — and is also well-known for roles including Gon Freecss in Hunter x Hunter, Mamoru Endo in Inazuma Eleven, Metabee in Medabots, and Gomamon in Digimon.  Created by Masashi Kishimoto, Naruto was first introduced in Weekly Shonen Jump magazine in Japan in 1999 and quickly became that country’s most popular ninja manga targeting tweens and teens with more than 100 million copies in circulation to-date. The manga series (rated ‘T’ for Teens) and animated counterpart (Naruto rated ‘T’ for Teens, and Naruto Shippuden rated ‘T+’ for Older Teens) are among VIZ Media’s most successful properties and have captivated millions of fans across North America, Europe, and South America.

At the New York Anime Festival, Takeuchi will speak on a panel and dedicate time to autographing, both public signings for general attendees and reserved autographing for NYAF VIPs.  Her appearance will culminate in the introduction of the U.S. premiere of Naruto Shippuden The Movie: Bonds.  In the feature film, a group of mysterious flying ninja have arrived from overseas to launch a sudden attack against the Hidden Leaf Village, leaving behind a wake of destruction. The group is revealed to be the “Sky Ninja” from the Land of Sky, a nation thought to have been destroyed by the Hidden Leaf Village long ago. To save their village, Naruto and his friends set out to stop this new threat. During the course of the mission, Naruto crosses paths with Sasuke, his friend who has parted ways from the Leaf Village.

“The New York Anime Festival is honored welcome Junko Takeuchi to New York City,” NYAF and NYCC Show Manager Lance Fensterman said.  “VIZ Media is responsible for the biggest manga and anime series in America, Naruto and Naruto Shippuden being among them, and we’re very excited to partner together to bring the voice of Naruto together with her fans in NYC. Of course, while we’reexcited, our attendees will be absolutely, entirely thrilled.”

Details around all of NYAF’s Naruto events and its full schedule will be announced later this summer.  Tickets are available at www.newyorkcomiccon.com now.  For the latest information, please follow @ny_anime_fest and @ny_comic_con on Twitter as well as read NYAF and NYCC’s official blog, www.mediumatlarge.net.

The New York Anime Festival is a celebration of Japanese popular culture from the creators of New York Comic Con. NYAF conducts, promotes and is involved in anime and Japanese cultural activities year-round in New York City, including events at Kinokuniya Bookstore, Japan Society, and the Brooklyn Botanic Garden’s Sakura Matsuri. Our flagship event is the New York Anime Festival at New York Comic Con. Taking place at the Javits Center in Midtown Manhattan on October 13-16, 2011, the New York Anime Festival at New York Comic Con showcases the best of anime pop culture, including the latest anime, manga, Japanese cinema, music and games as well as anime-influenced comics, animation, and films from around the world. The festival features exclusive and extensive screenings, a gala cosplay masquerade, sessions with the some of the biggest names in anime from Japan, Asia and America, and explores the Japanese cultural experience with displays of both traditional and cutting-edge Japanese life. (www.newyorkanimefestival.com)

New York Comic Con is the East Coast’s biggest and most exciting popular culture convention. Our show floor plays host to the latest and greatest in comics, graphic novels, anime, manga, video games, toys, movies, and television. Our panels and autograph sessions give fans a chance to interact with their favorite creators. Our screening rooms feature sneak peeks at films and television shows months before they hit either big or small screens. And with dedicated professional hours, New York Comic Con is a market place, bringing together the major players in the entertainment industry. New York Comic Con is the second largest pop culture convention in America and the only one that takes place in the comic book, publishing, media, and licensing capital of the world — Gotham City.(www.newyorkcomiccon.com)

ReedPOP is a boutique group within Reed Exhibitions which is exclusively devoted to organizing events, launching and acquiring new shows, and partnering with premium brands in the pop culture arena. ReedPOP is dedicated to producing celebrations of popular culture throughout the world that transcend ordinary events by providing unique access and dynamic personal experiences for consumers and fans.  The ReedPOP portfolio includes: New York Comic Con (NYCC), Chicago Comic & Entertainment Expo (C2E2), Penny Arcade Expo (PAX) East & West, Star Wars Celebration, New York Anime Festival (NYAF), Singapore Toy, Game & Comic Convention (STGCC), and UFC Fan Expo.  The staff at ReedPOP is a fan based group of professionals producing shows for other fans, thus making them uniquely qualified to service those with whom they share a common passion.  ReedPOP is focused on bringing its expertise and knowledge to world communities in North America, South America, Asia and Europe.