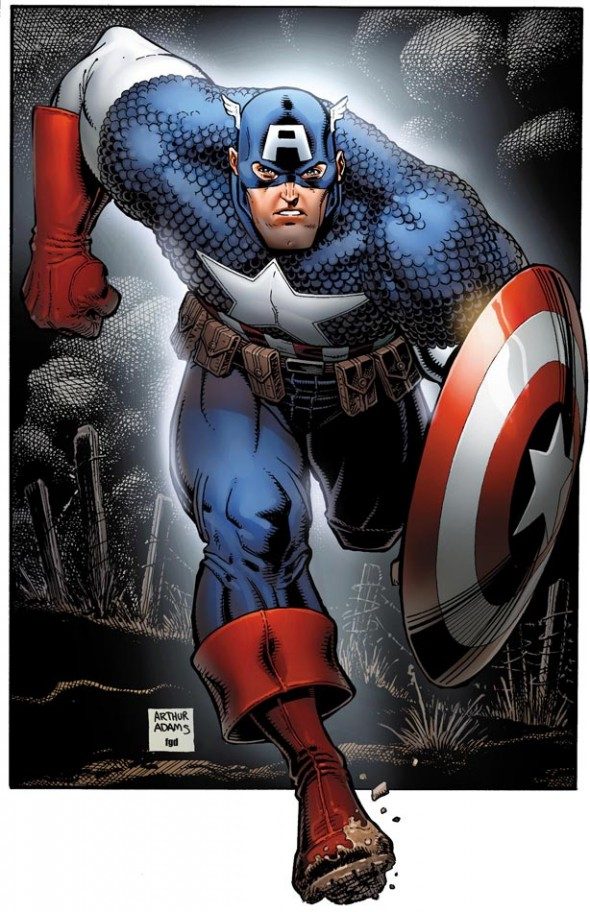 In addition to Captain America and its Sentinel of Liberty spinoff, Mark Waid’s Marvel contributions include stints in Deadpool, Fantastic Four, X-Men-centric Onslaught, and Ka-Zar. In 1997, he collaborated with painter Alex Ross on DC’s historic Kingdom Come, earning an Eisner Award for Best Limited Series; in a similar vein, he co-created DC’s Elseworlds franchise. Waid revisited the JLA’s early days in JLA: Year One and re-rewrote the Man of Tomorrow’s biography in Superman: Birthright.

Participate in our Captain America costume contest and you have a chance to win a Regal Cinema family 4-pack.

Event partners include MARVEL Comics, Lucy in Disguise with Diamonds, Regal Cinemas and SCARE For a CURE.

Austin Books & Comics and Regal Gateway are the only locations in Austin where you will have a chance to meet and talk with Mark Waid, so mark your calendars now!