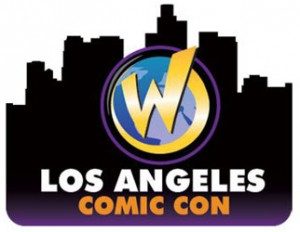 Superstar Mike Deodato Jr. is the first guest of honor at the event. The Brazilian artist, well known for his work on The Amazing Spider-Man, Captain America, The Mighty Thor, Wolverine, X-Men, The Avengers, and Batman, will be making a rare U.S. appearance.

“We are ecstatic to come to the rejuvenated downtown area of Los Angeles to celebrate the best of pop culture – graphic novels, TV, movies, toys, games, genre properties and of course, comic books,” said Shamus. “You can always trust Wizard World to bring the most diverse and robust collection of artists, writers, creators and celebrities anywhere.”

Clare Kramer, of Buffy: The Vampire fame, will also be in attendance. A popular guest at several of the Wizard World Tour stops, Kramer will be on hand to meet fans, sign autographs and take photos. “When I found out that Wizard World was coming to Los Angeles, I was so excited. They are one of the most professionally run organizations out there, and I just love every minute of it,” said Clare Kramer. “The fans, Wizard World, guests and vendors always have a blast at these shows, which is why I keep coming back for more!”

This event brings more of what the fans love about the Wizard World Tour. “There is a real need for a Fall event that encompasses all the best that pop culture has to offer,” said Mike Mathews, Chairman of Wizard World Inc. “We’re listening to our customers and giving them the show they’re asking for located in the entertainment mecca..”

The Big Apple Comic Con, which had been previously scheduled on those dates, will be permanently moved to the Spring. The 2011 Big Apple Comic Con Spring Edition remains set for May 21-22 at Penn Plaza Pavilion. As part of the realignment, Wizard World is also rescheduling the planned 2011 Atlanta Comic Con, with dates to be announced. The full event schedule can be found at www.wizardworld.com.