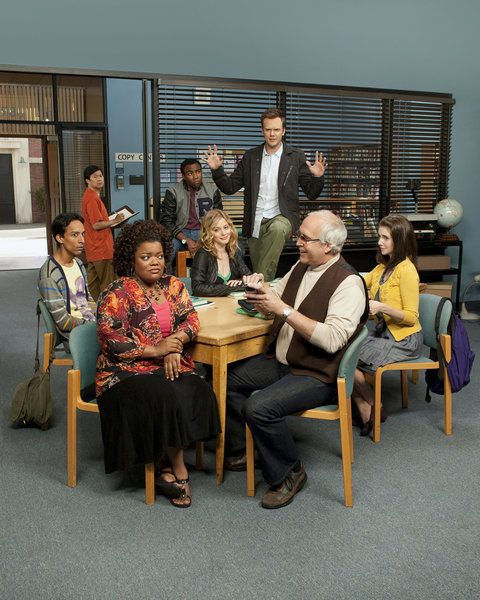 Joel McHale, Chevy Chase, Alison Brie, Donald Glover, Ken Jeong, and the rest of the cast of Community speak on Tuesday, March 15, 2011 at 7:00 pm at the Saban Theatre in Beverly Hills as part of PaleyFest 2011.