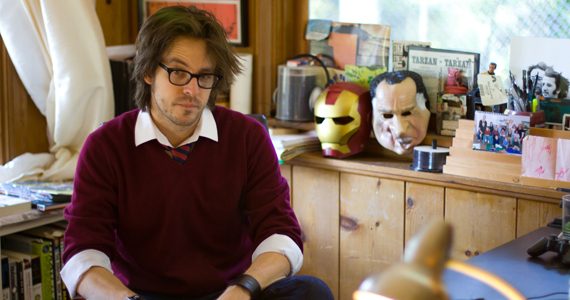 Matt Fraction, based in Oregon in the USA, is an Eisner Award-winning comic book writer, currently writing Uncanny X-Men, Thor, and Invincible Iron Man (with art from fellow STGCC guest Salvador Larroca) for Marvel Comics. Fraction started in comics by writing the graphic novels Last of the Independents and The Five Fists of Science. He is internationally known for his Casanova and his Marvel titles beyond Uncanny X-Men, Thor, and Invincible Iron Man include The Punisher War Journal, The Order, The Immortal Iron Fist, and The Sensational Spider-Man. Fraction’s Invincible Iron Man work led to him consulting on the set of the film Iron Man 2.

“The Singapore Toy, Games & Comic Convention is honored to welcome Mr. Matt Fraction,” STGCC Project Director Yeow Hui Leng said. “Matt is one of the most popular writers in the comics world today, and his pen has touched some of its biggest icons. I’m thrilled that fans on the other side of the planet, who have been shaped by Matt’s words will get the opportunity to meet him in person.”

Mr. Fraction will be appearing the first two days of STGCC, conducting autograph sessions with fans and speaking on panels covering both comics as well as the art of writing. Details about Fraction’s schedule — and the full STGCC panel listing — are available at www.singaporetgcc.com

Tickets for STGCC are available now at www.singaporetgcc.com. Fans can follow STGCC on Facebook [Singapore Toy, Games & Comic Convention (STGCC)] and Twitter [@singaporetgcc] for the latest updates and announcements. Additional information about the Singapore Toy, Games & Comic Convention, New York Comic Con, and ReedPOP’s other events is available on www.reedpop.com and the group’s official blog, www.mediumatlarge.net.

Reed Exhibitions is the world’s leading events organizer, with over 440 events in 36 countries. In 2009 Reed brought together over six million active event participants from around the world generating billions of dollars in business. Today Reed events are held throughout the Americas, Europe, the Middle East and Asia Pacific, and organized by 35 fully staffed offices.

Working closely with professional bodies, trade associations and government departments Reed ensures that each and every event is targeted and relevant to industry needs. As a result, many Reed events are market leaders in their field.

Reed Exhibitions is part of Reed Elsevier Group plc, a FTSE-100 company and world-leading publisher and information provider. In 2009, Reed Elsevier made an adjusted profit before taxation of £1,279 million on turnover of £6,071 million.

The Singapore Toy, Games & Comic Convention combines the best of pop culture from East and West to Asia, uniting the worlds of comics, anime, toys, collectibles and games. It is the pre-eminent event in the Asian market that fits with other shows in the Reed pop culture portfolio, including New York Comic Con (NYCC), the Chicago Comic and Entertainment Expo (C2E2), Star Wars Celebration and New York Anime Festival.

STGCC will reach out to a whole new world of fans in Asia and opens a vast market with exciting opportunities for companies to break into the Asian market and/or reinforce a growing presence. Fans will experience a showcase of pop culture’s coolest and latest products, and be thrilled by personalities and characters from the worlds of superheroes, villains and realms of fantasy.

STGCC’s vision is to deliver quality content and spread the currency of cool in Asia and aims to be the leading catalyst for the pop culture industry.

ReedPOP — the Pop Culture Group at Reed Exhibitions — owns and operates shows including the New York Comic Con (NYCC), the Chicago Comic & Entertainment Expo (C2E2), and the New York Anime Festival (NYAF). New York Comic Con was launched in 2006 and quickly became a dominant presence in the pop culture world of public events. In 2010, over 96,000 unique attendees attended, and it has been ranked by Crain’s New York Business as the second-largest annual event in NYC. C2E2, which debuted April 16-18 at Chicago’s McCormick Place Convention Center, was modeled after NYCC and provided fans the opportunity to meet and greet their favorite writers, creators, and artists, as well as to see, hear and learn about the latest and greatest in comics, graphic novels, anime, manga, video games, toys, movies, and television. ReedPOP also operates the UFC Fan Expo in partnership with the UFC — the world’s leading professional mixed martial arts organization — and it formed a strategic partnership with Penny Arcade Expo (PAX) in 2008 and worked closely with PAX on the launch of PAX East in Boston in 2010.