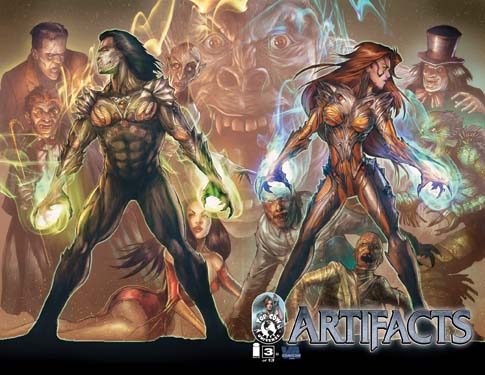 The VA Comicon will offer a 1 for 1 exchange for any valid Motor City Con Tickets onsite at our show for zero charge!

Come to Richmond, VA on November 20-21 (The weekend BEFORE Thanksgiving) for a HORROR themed Comic book show! We have assembled the best talent in the world to showcase the finest in Horror Comic books! And YOU can get into the ENTIRE fully-carpeted and chandeliered show (including the AMA Manga and Anime Show) for only $14.99!

Exhibitors include: CGC, The Hero Initiative, ComicCollectorLive.com, Regal Cinemas, Fetch-a-Cure, The Wieringo Scholarship, Mile High Comics, Neat Stuff Collectibles, Heroes Aren’t Hard To Find, and Dozens more! In fact, more than HALF of our vendors will be selling Horror Comics from the Golden Age of Funny Books (1938-1955)!

Events include: An entire separate event hall filled with Manga and Anime vendors and creators! Lectures and panels including “Investing in Comics”, opportunities to sell your books on-site to the two top buyers of comic books in the world, Neat Stuff Collectibles and Mile High Comics, a FREE restoration check by top expert Steve Borock of Heritage Auctions at the Hero Initiative booth, exclusive horror movie screenings by Fangoria Saturday night, the first ever LIVE ComicCollectorLive.com Town Hall Meeting and SO MUCH MORE! (Once again, more info is at www.VAcomicon.com!) We will also have an auction for original comic art on Saturday night immediately following the show, to help cover artist travel expenses. 30% of auction sales will also go to charity!

The show has PLENTY of FREE parking, and is located less than 5 minutes off of I-64 and I-95 at the Ramada Plaza West in Richmond, VA (http://vacomicon.com/?page_id=10). With a FREE shuttle to the train station, and hotel rooms for only $65 a night, you should check it out!

As a special bonus, ConventionScene.com users can get into the show 30 minutes early AND get all ticket fees waived by going to http://vacomicon.com/?page_id=569 and entering the code CONVENTIONSCENE. As another bonus, attached to this message is the world premiere of Billy Tucci’s “Universal” inspired double-cover! All information regarding EVERYTHING is located at our newly re-designed website http://www.vacomicon.com. Be sure to stick around after for the HUGE original comic art auction Saturday night! With direct flights to Richmond for less than $59 from Philadelphia, New York and Florida, We KNOW will see you there!